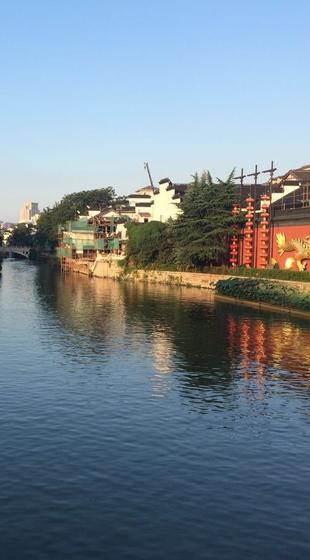 Nanjing, referred to as "Ning", called Jinling, Jiankang, is the core of the capital city of Jiangsu Province, deputy provincial cities, the Nanjing metropolitan area, an important center of the city, the State Council approved the China eastern regions of the country to determine the important education base for scientific research and comprehensive transportation hub. The city has jurisdiction over 11 districts, a total area of 6587km - 1125.78km - 2016, the built-up area, the resident population of 8 million 270 thousand people, the urban population of 6 million 781 thousand and 400 people, the urbanization rate is 82%, the Yangtze River Delta in East China and the only large city. Nanjing is located in the lower reaches of the Yangtze River, China East, close to the river offshore, is Chinese Eastern theater headquarters station , Yangtze River international shipping logistics center , the Yangtze River Delta city radiation portal drives the development of central and western regions of the country, but also the eastern coastal economic belt and the Yangtze River Economic Belt strategy interchange is an important node in the city. Nanjing is the ancient capital of four Chinese, the first national historical and cultural city of , is an important birthplace of Chinese civilization , has a history of several Chinese zhengshuo blessing , is the four largest ancient city not only did the alien regime the capital of the ancient capital of the south is Chinese , long-term political economic and cultural center of . Nanjing has ancient human activities as early as 100-120 million years ago, 35-60 million years ago the Nanjing man living in Tangshan, has 7000 years of history of civilization in the history of the city in 2600, and nearly 500 years of history, "the ancient capital of the Six Dynasties and ten dynasties are called". Nanjing is an important national science center, is a Chongwen city education since ancient times, "the world Wen Shu", "southeast first" in the world, more than half of the Ming and Qing Dynasties Chinese champion are from Nanjing Jiangnan examination. As of 2016, there were 74 institutions of higher learning in Nanjing, including 111 planned universities, 9 universities and 25 disciplines, second only to Beijing, 211 universities, 8 universities, and two top universities, 12 only to Beijing Shanghai. In November 26, 2017, Nanjing, China, won the right to host the world indoor track and Field Championships in 2020.